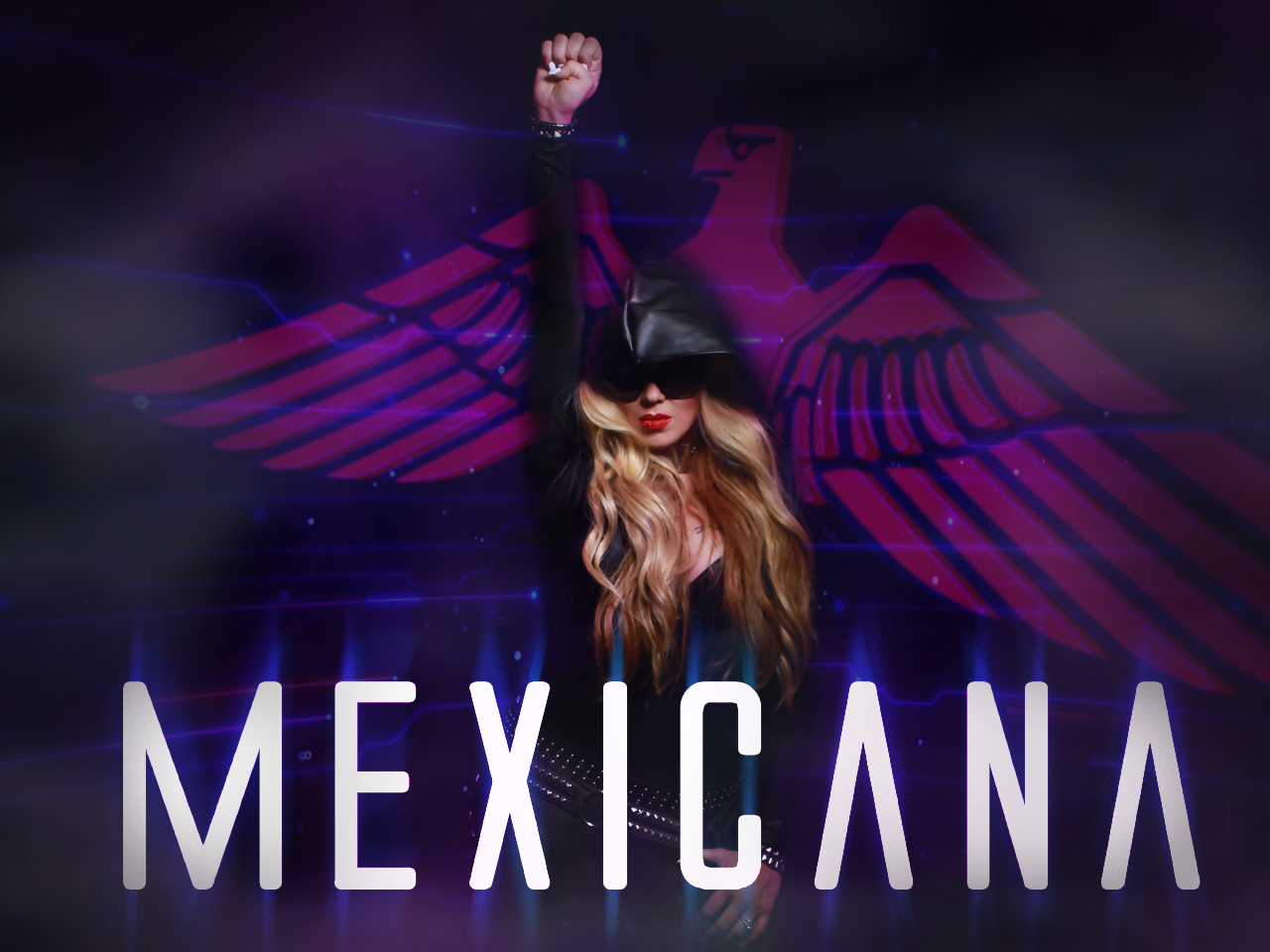 With Urban/Latin Roots, Mexicana is one of the most progressive up and coming acts of the decade. Mexicana tracks blend elements of hip-hop, rock, mariachi and electronica into their music. Mexicana has broken the boundaries of traditional latin music by adding a unique spin to their formula. You can expect to hear booming 808's, old school loops, electronic sounds combined with heavy guitars and pounding drums. The addition of mariachi instruments creates a powerful sound that is sure to spread across all genres of music lovers. Spanish/English rap lyrics by the female lead vocalist Mexicana, and backing rap verses by Beatzilla and Rhino finalize the power trios music style.

Mexicana was formed in 2014 by Machy De La Garza(Mexicana), Roro Gutierrez(Beatzilla) and Ryan Whiteside(Rhino). Although Mexicana is a newly formed group, the members have been performing and producing together for almost a decade. The trio first started working together with Mexicana's internationally known Kumbia/Pop group "La Conquista". Beatzilla, who has worked with numerous artists such as Selena, Jennifer Pena, Dj Kane, Chikko, Chris Perez, Thalia and many more, came on board as the band director and keyboardist for LC. Rhino, who is married to Mexicana, worked with La Conquista on most of their video and music productions, and also held the position of Stage Manager, Live Sound Engineer and Media Producer.  Rhino also played drums for the Texas born ,indie rock roup iH5 for 14 years as well. The grammy nominated band La Conquista, won numerous awards including "Best New Artist", "Female Entertainer of the Year" and "Best Show Band". After 15 years of playing in the Latin/Kumbia market, Mexicana decided that she wanted to start a solo career. Thus the concept of Mexicana was born.

From their home studio based in Corpus Christi, dubbed "The Dragon Lab", the trio contemplated on what direction would be taken for the sound of Mexicana. "We all knew that the music would be nothing like we've ever done before. All of us come from different backgrounds, and the challenge was to fuse all of our influences into a unique sound that us, as well as the world would enjoy." recalls Rhino. "We didn't care about the rules in music, because there are no rules!! We closed our eyes, and Shazam, Mexicana was born...and the rest is Mex-tory!" says Beatzilla. Over the span of 4 months, the three worked day and night on the new Mexicana production. After the music for the first album was finished, the group wasted no time in shooting their first video for the single "Super Peligrosa". The members of Mexicana are no strangers to the entertainment business. "We know how much work is required for a project like Mexicana, but this is what we are good at and without music, there is no life" says Mexicana.

Mexicana, who is an independent group, has created a nich sound that pushes the boundries of music. There is no latin artist that can be compared to the sound of Mexicana. The group looks forward to sharing their music with audiences around the world.

The Mexicana and The Monster Squad "Bad Boy" Music Video Release Party will be held at Gemini Sushi and Business Lounge on January 19, 2019. Come check out the new video and hang with us. Come and take pictures with The Squad! Share your pictue on the Mexicana FB page to get your free download of "Bad Boy". The event kicks off at 10:00 pm.

Come Check out the latest video and see the Mexicana perform live!

Download the Mexicana self titled album, avaliable at all major digital distributors. The digital album will be released on 02-14-2017.

Mexicana Live at The Nest

Mexicana will be playing at The Nest with special guests Dapper Don and Silmeon on Jan. 28th 2017. The show is 21 and up..... B.Y.O.B.! We will be performing some unreleased material, so come jam with us! We wil be hitting the stage around 10:30. See you there..

Mexicana will debut the new single "Malo" featuring Dapper Don, Mexicana and DJ Kane. The video release will be followed by a live performance by Mexicana and Dapper Don. There is No Cover Charge and the show is All Ages.

WHERE: House of Rock in Corpus Christi, Texas

Super Peligrosa Music Video goes live on the web August 5th. Tune in and check it out!

On the Historic 19th Street in the Heights.